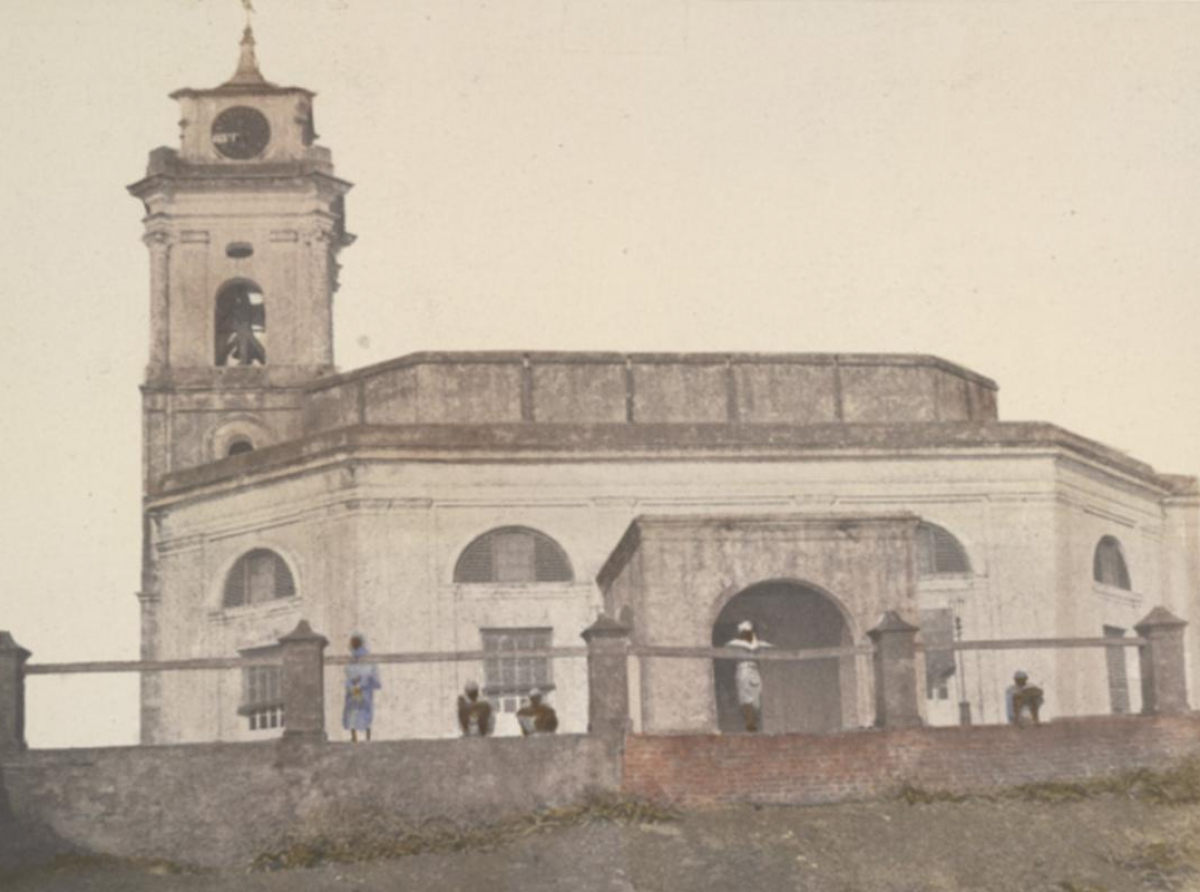 The above hand-coloured photo was taken in 1851 by Frederick Fiebig from the river side. In 1864 the tower of the church was lost in a cyclone.[1] The church was demolished in 1988.[2]

Despite the fact that no burials have ever taken place in the Dutch church of Chinsurah, the church is interesting because of fourteen funerary hatchments that have hung in the church. The use of funerary hatchments in churches originates from the Netherlands. By putting up a memorial board, the memory of the deceased was expressed. Since the tombstones in the church were usually less visible in the Netherlands, reputable families often opted for a mourning plaque that was hung in a prominent place in the church. Even if the deceased was buried elsewhere, the mourning board functioned as a memorial board. For example, in the Dutch church in Chunsurah hung the mourning plaque for Tammeris Canter Visscher, who is buried in the Dutch cemetery in Kasim Bazar. A number of funerary hatchments probably came from Fort Gustavus and were transferred here after the construction of the church in 1767.

In 1949 the mourning plates were donated to the Rijksmuseum by the bishop of Calcutta with thanks to the mediation of the then vice-consul of the Netherlands in India, P. de Josselin de Jong.

Two of the funerary hatchment have disappeared since their registration in 1974, including the mourning sign for Tammerus Canter Visscher. 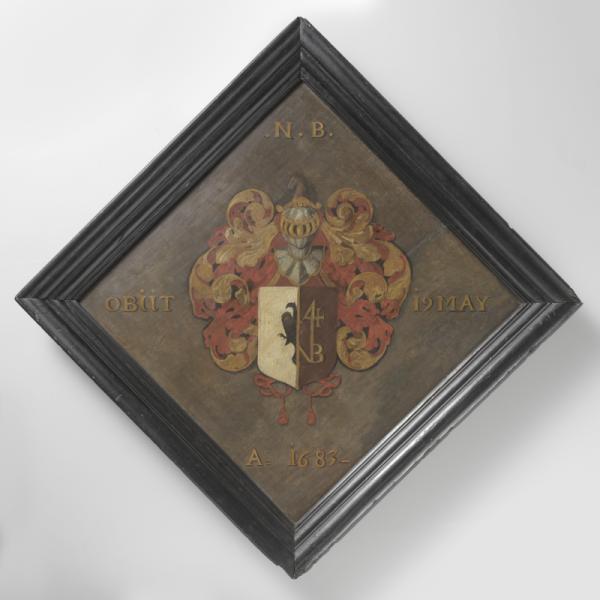 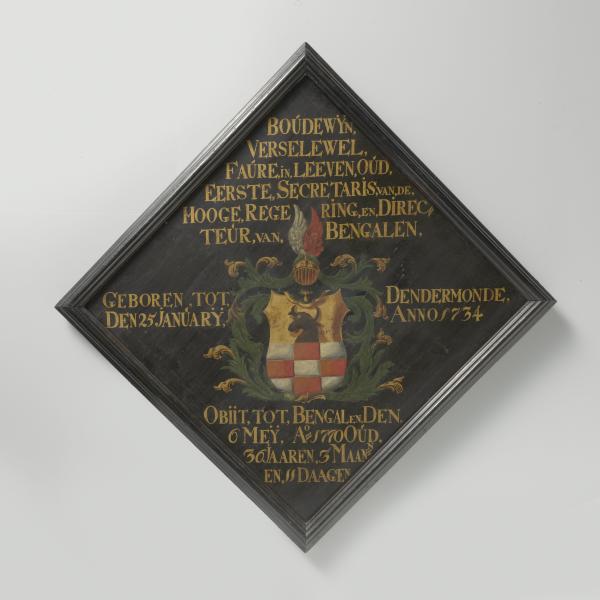 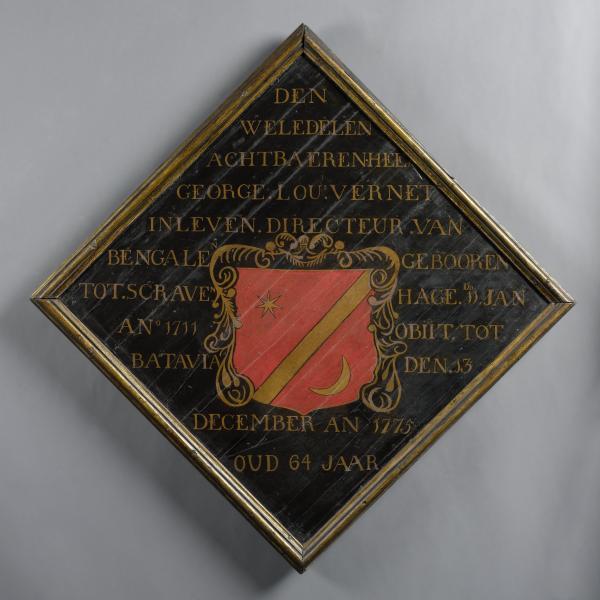