Where are the cemeteries of the enslaved? 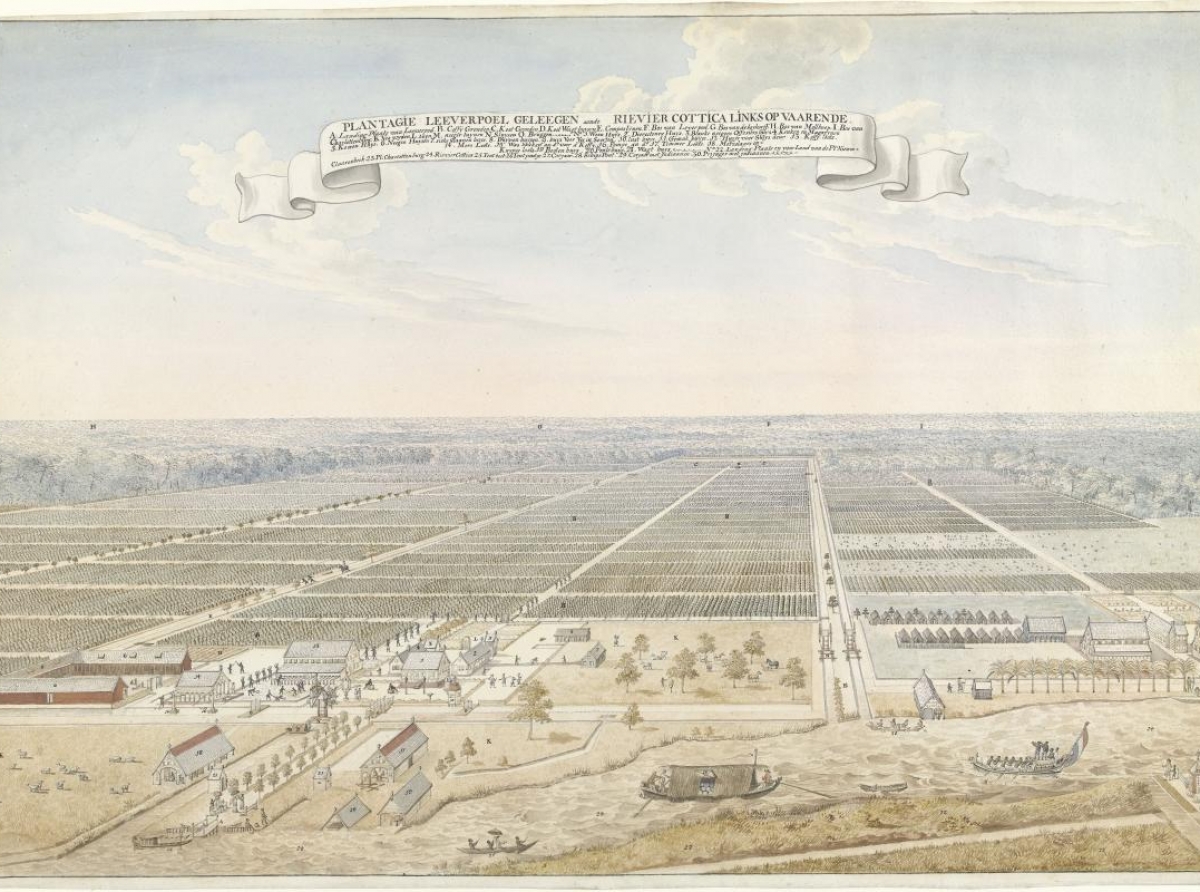 Until the end of the nineteenth century, Suriname had hardly any infrastructure outside the plantations and Paramaribo. It was only found in that part of the colony that had been cultivated and where the Kordonpad ran. Military posts along this path had to protect the plantations along the Commewijne and Suriname rivers against attacks from the south and east of the Maroons, enslaved refugees. The records show that officers and soldiers who died at the various posts were buried on the spot at the appropriate post. Today the graves of deceased soldiers can be found at some former posts. Where there were no roads, plantations were reached via the creeks and rivers that flow to the coast.

The plantations have been decisive for the infrastructure in Suriname for three centuries, so to a certain extent also for the locations where cemeteries were constructed. Small fields of death were created near the plantations, especially for the owners and their families. Remnants of grave monuments are sometimes found, but many plantations have been swallowed up by nature and what remains of the small cemeteries has thus become virtually untraceable. Enslaved people who died of exhaustion, exploitation, or otherwise were likely buried at the back of the plantation, but without any memorial marks. It also happened that dead enslaved people were thrown into the river, mainly from the ships. In 1669 it was allowed to throw dead enslaved people into the water with weights attached to their bodies, but floating bodies were punished with 500 pounds of sugar.[1] In 1801 it was no longer allowed to throw corpses into the river at all, on pain of a 500 guilder fine. Enslaved persons who died on board were to be buried in a suitable place.[2]

Only a limited number of slave cemeteries have been found to date. In the eighties of the last century, human remains were found on the beach of Matapica. It turned out to be a slave burial site of the former Waterloo plantation, which had long ago been washed away by the sea.[3]

About 1711, slaves were initially buried under the "orange trees" along the path to the communal pasture. After this was no longer permitted, a burial ground was designated "at the first bridge and the right hand of the path, following the 'd’Edele Societyts' former plantation.[4]

By Government Decree of 1828 it was determined that slaves could also be buried elsewhere than in the ordinary Slave Graveyard after issuing a permit ticket from the Commissioner of Police, for which 3 guilders had to be paid.[5]. Furthermore, it was stipulated by Government Decree of 1835 that slaves could also be buried by their owners in 'sLands Kerkhof Kettyrust, by order of a written authorization from the Procureur-Generaal after payment of the church righteousness due.[6]. A few months after this decision, Ketty's Rust was closed.

[4] Placard of 30 november 1711, Instruction for a cemetery for enslaved people