Jodensavanne Archaeological Site in Suriname is formally one of the twenty heritage nominations for placement on the World Heritage List in 2023. In July 2023, UNESCO's World Heritage Committee will meet to decide whether the site will definitely be given a place on this prestigious list. 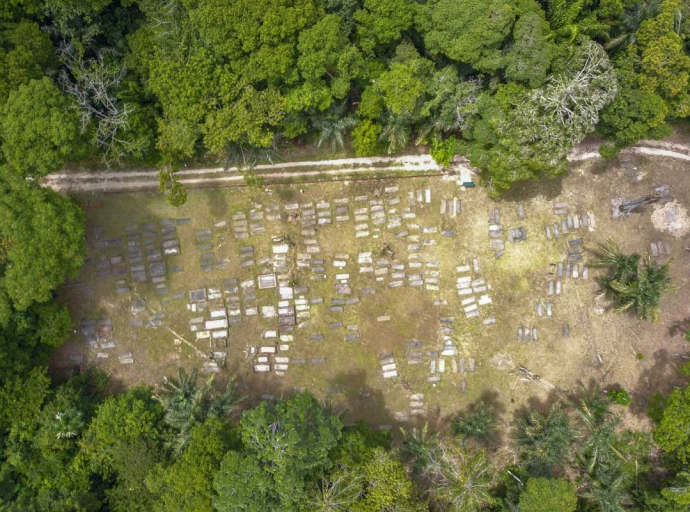 On Thursday 19 May 2022, a team from the Built Heritage Suriname Foundation (SGES) paid a working visit to the Coronie district to inspect and document some historic graves on the Bellevue plantation. The reason for this is the report that some old graves on the plantation are said to have been damaged as a result of work on the Oost-Westverbinding. 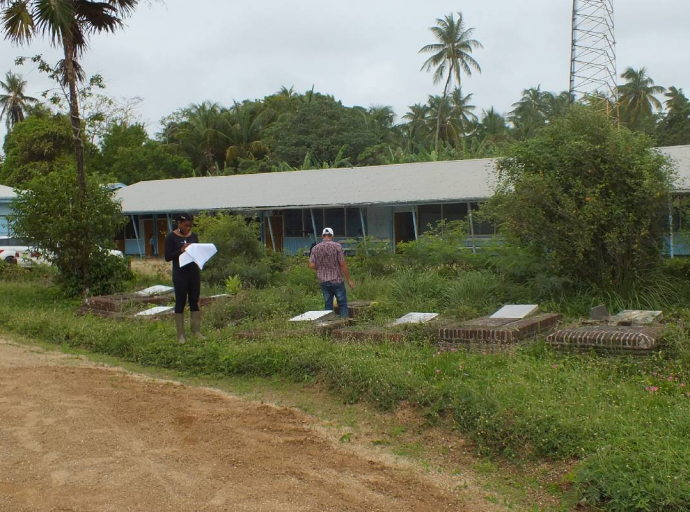 The Jodensavanne Foundation (Suriname) has posted short videos (in Dutch) of up to three minutes on YouTube that show the special value of Jodensavanne, the longest-functioning autonomous Jewish settlement in the Americas. Board members Harrold Sijlbing and Stephen Fokké, together with the young archaeologists Sushmeeta Ganesh and Jovan Samson, take the viewer through the history of this special place in the Surinamese rainforest and the ongoing research. 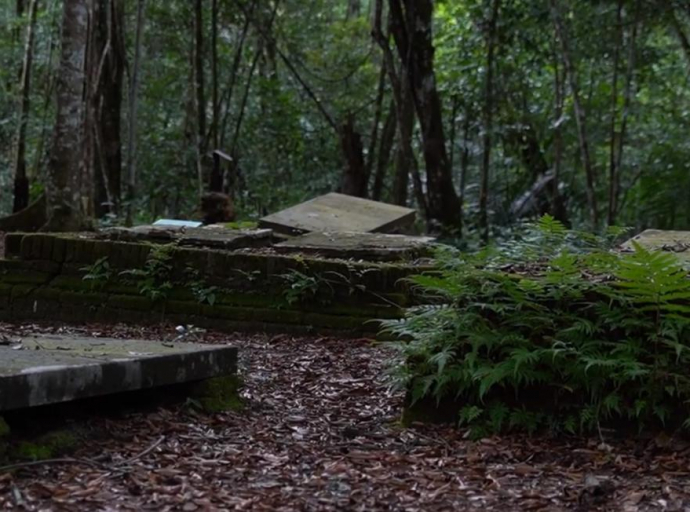 We look forward to discuss this topic with our four speakers: René  ten Dam, Leon Bok, Johan Roozer and Nanette de Jong on 9 December 2020.
Please find the program below.

You can register by sending an e-mail to . After this you will receive additional information on how to participate in the Livecast (via Zoom). Please note that the event will be recorded. 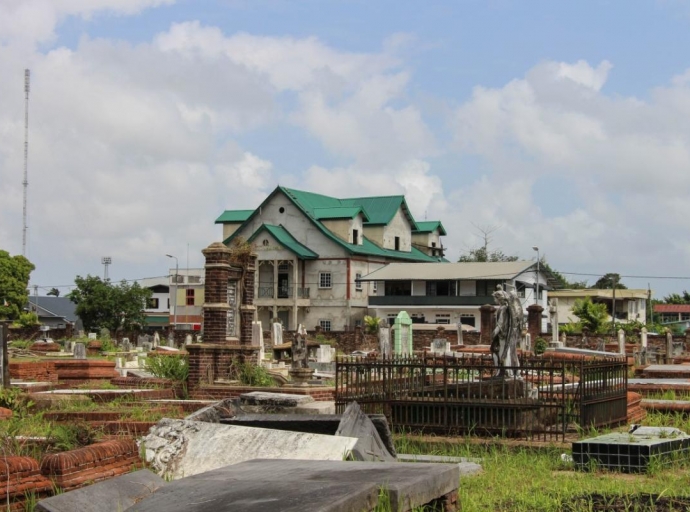 At the initiative of the District Commissioner Mr. Ricardo Bhola, the highest administrative officer (Burgervader) of the North-East Paramaribo district, preparations are currently being made for a phased clean-up of the overgrown Nieuwe Oranjetuin cemetery. Support is being received from Johan Roozer of the Directorate of Culture and Stephen Fokké, director of the Suriname Built Heritage Foundation (SGES), a beekeeper, the bee service of the Fire Brigade, Public Green Space, the Administrative Service and the Corps of Penitentiary Officials (KPA). 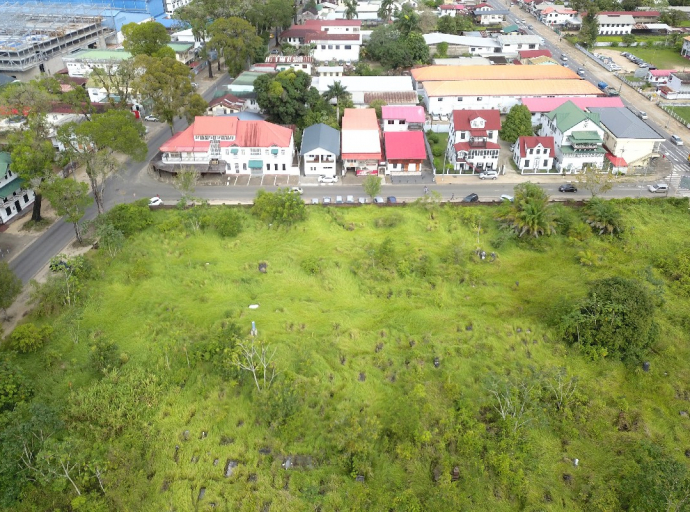 Independent filmmaker Ghouse Samadh was born in Srinivasapuram in India, but love brought him to the Netherlands. His homeland has remained in his heart, especially the environment and history. A history that the Netherlands shares with India. To give his Dutch-born children something of his own childhood and the shared history of the Netherlands and India, Samadh made a documentary about the Dutch heritage in India. 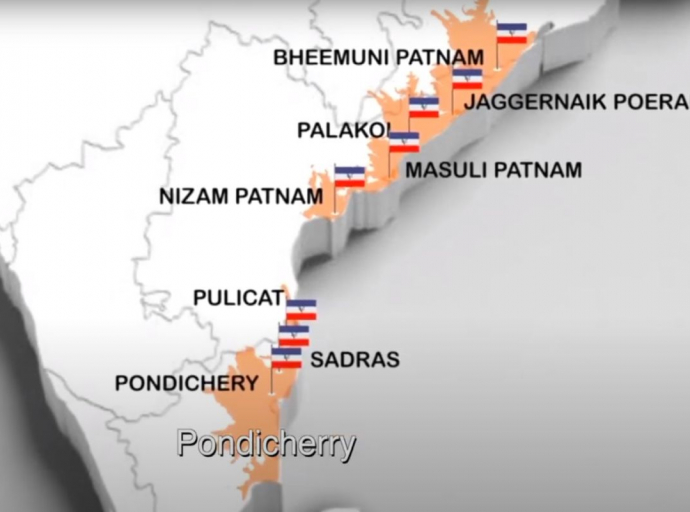 In 2014 Hans Schiebroek started funding on the restoration on the Karikop cemetery in the city of Nagapattinam in Tamil Nadu, India. In 2017 the Dutch Dodenakkers Foundation (stichting Dodenakkers.nl) and the Cultural Heritage Agency of the Netherlands (RCE) were asked by the Prins Bernard Cultuur Fonds to advise on this project. Together with the Indian National Trust for Art and Cultural Heritage (INTACH) a workshop was organised on the possible restoration of the big tomb of Anthonia Steelant-Nilo and the obelisk of Adriana Mossel-Appels.

Sadly, Mr. Schiebroek passed away in 2018, and the Dodenakkers Foundation took over his initiative. A restoration architect, Mr. Sakthi Murugan Rajendran, was found and Dr. S. Suresh from INTACH would supervise the project. Funding was to be done by the Prins Bernard Cultuur Fonds. 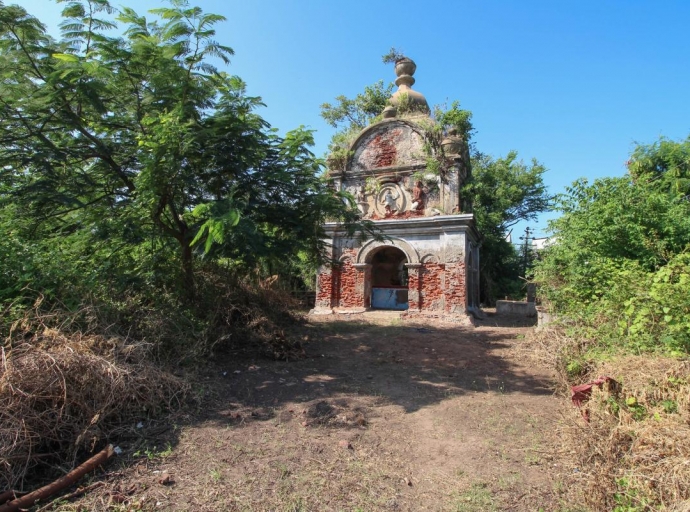 Thesis on the Dutch Cemetery in Surat, India

In 2021 Indian student Kaanan Thakkar completed her Master of Science in Conservation of Monument and Sites at KU Leuven in Belgium with a thesis titled Bridging The Gap: Revival of a Former Dutch Cemetery in the Urban Fabric of Surat, India. 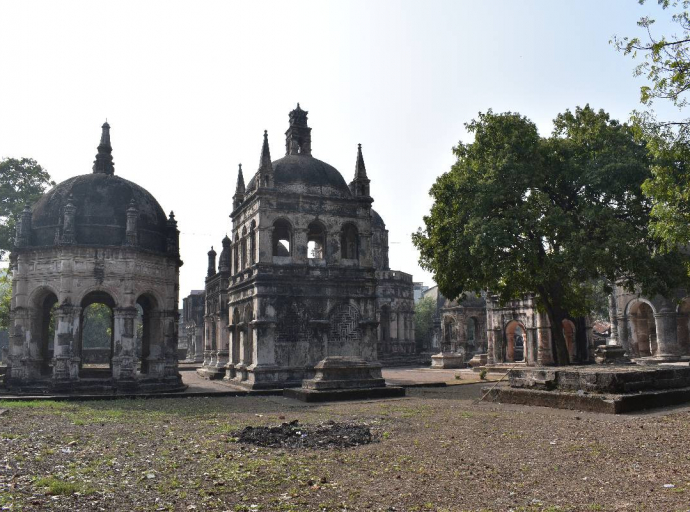 Gravity Architecture and Engineering, Coimbatore, made a short documentary on the restoration of two Dutch tombs on the Karikop Cemetery in Nagapattinam, India. Including an interview with the restoration architect involved, Sakthi Murugan. 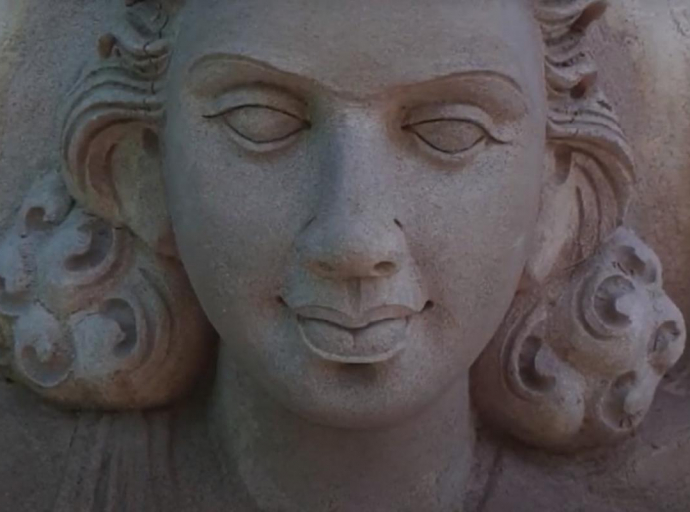 PARAMARIBO - Many old cemeteries have been neglected or overgrown. The realization that there is historical value is still insufficient when looking at how this funerary heritage is handled. A lot of money is needed for the maintenance of old cemeteries.

The Platform Historical Cemeteries was set up for the structural approach and maintenance of the old cemeteries. "Together we are strong. By working together, however cliché that may sound, you can achieve more. It is important that this sector is now better organized", says Johan Roozer, policy advisor at the Ministry of Education and Culture. He is the initiator of this project together Stephen Fokké from the Suriname Built Heritage Foundation (SGES). 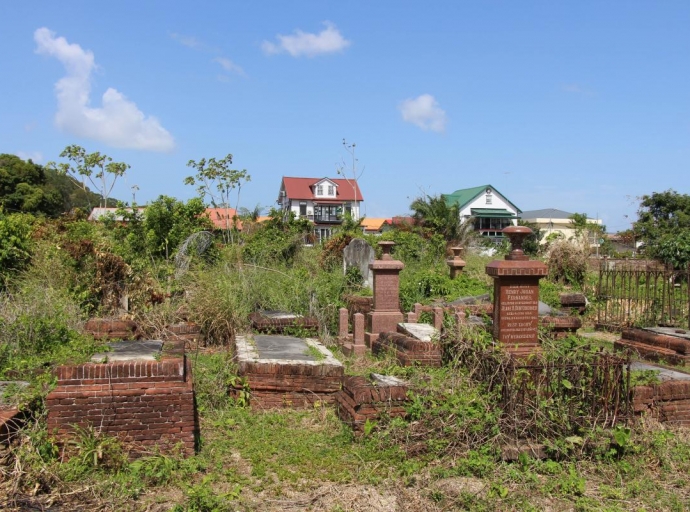 The Surinamese Jodensavanne Foundation has launched a renewed website to highlight the special Jewish heritage of the Cassipora Creek and Jodensavanne communities.

Both settlements are an exceptional testimony of a Jewish civilization within the Atlantic Sephardic Diaspora that has disappeared. They are situated in a rural setting at a frontier zone amidst Indigenous territory, and with ample physical remnants. Both the Cassipora Creek and Jodensavanne villages  are entirely unparalleled in the Jewish diaspora. Established in the 1650s and 1680s, respectively, these sites constituted the only villages in the world at the time that were owned, governed, and inhabited by Jews 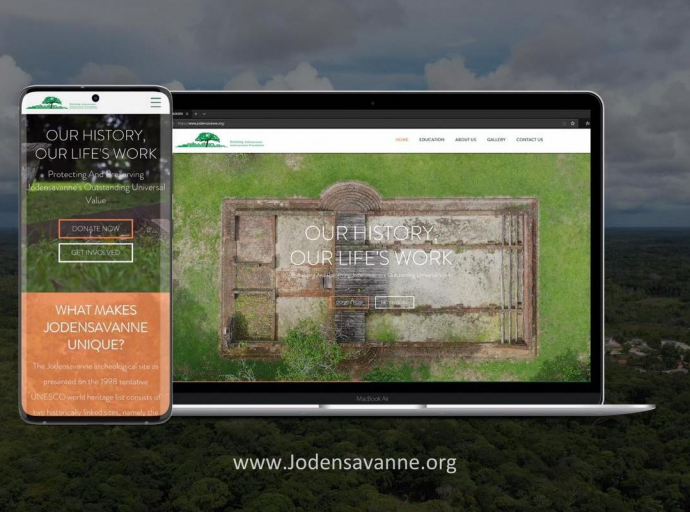 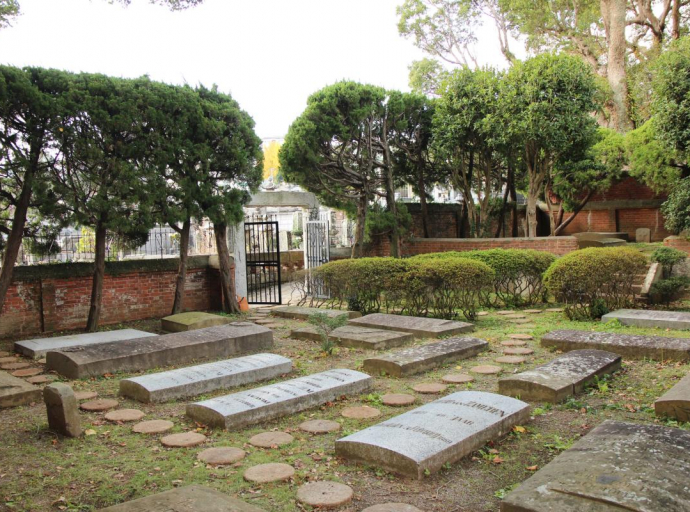 Thesis on Dutch Cemetery in Surat

Indian architect Kaanan Thakkar is currently working on a thesis on the Dutch Cemetery in Surat as part of the Advanced Masters in Conservation of Monuments and Sites at RLICC (KU Leuven), Belgium. Her research includes an internship at the Cultural Heritage Agency of the Netherlands.

Through a specific case scenario of Surat in Gujarat, Kaanan Thakkar wishes to understand the cultural significance of the cemetery in the perceptions of local communities as shared heritage, while also building upon narratives that explain their unique trans-cultural architectural and heritage characters and recommending their possible integration in the local urban landscape as a factor of sustainable development. 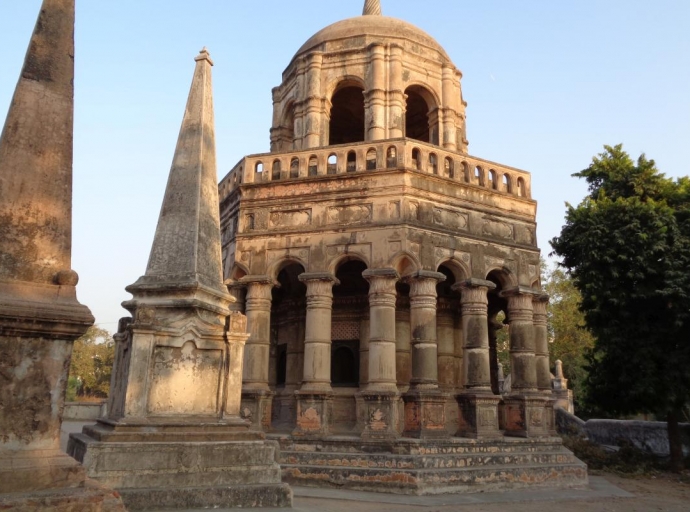