Thesis on the Dutch Cemetery in Surat, India 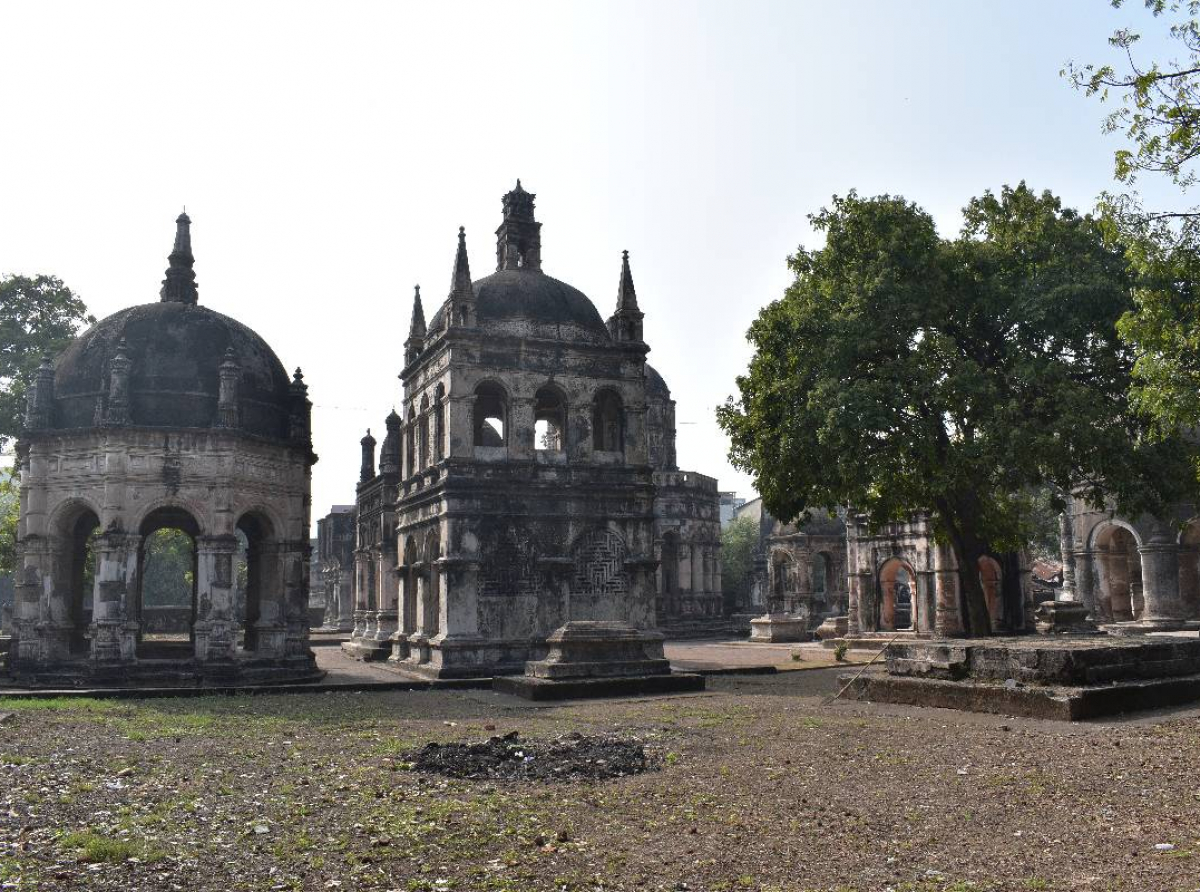 In 2021 Indian student Kaanan Thakkar completed her Master of Science in Conservation of Monument and Sites at KU Leuven in Belgium with a thesis titled Bridging The Gap: Revival of a Former Dutch Cemetery in the Urban Fabric of Surat, India.

After an internship with the Cultural Heritage Agency of the Netherlands (RCE), ideas were fuelled of developing a study on the conservation of Dutch Heritage in India. The RCE was already involved in several efforts on collaborating into the sustainable conservation of shared heritage in India, among them cemeteries in the south of India, in Nagapattinam and Fort Kochi. Thakkar instead, turned her focus to Surat, an important trading post and directorate of the Dutch VOC. Traces of the Dutch presence can be found here, not least at the Dutch Cemetery.

Kaanan Thakkar: The size and grandeur of these European tombs amidst a bustling metropolitan Indian city of today could easily be mistaken for Indo-Islamic monuments, if it were not for its name. The Dutch Cemetery shares its premises with the Armenian graves amidst a crowded locality of urban Surat, India. Formerly known as a trader’s town during the Dutch East India company’s time in India and a thriving business hub today, Surat shows rapid urbanisation and development pressures on its heritage. The Dutch Cemetery, located within the central zone of the city is surrounded by encroachments, new constructions, and a changing migrant community. The cemetery happens to be the only remaining open space in the neighbourhood today. It demonstrates a unique assembly of asymmetrically arranged tombs comprising of a transcultural character in its Indo-Islamic and European blend of architecture, as it gradually weathers away with time.

Despite being a nationally protected site by ASI, there remains a gap between the community’s needs and the recognition of the cemetery as heritage. In this ambivalence, a question arises of its significance. Thakkar’s study explores that gap through an understanding of the lost historical context, derivation of a cultural significance and identification of the opportunities for the future of the cemetery’s conservation.

Thakkar realises her attempt to learn about the historical background from a distant perspective is theory-based, but on attempting the fieldwork, the on-ground reality is very much different: Shared heritage as a concept for conservation can be called one-sided unless an implementation is derived on site with collaboration with local authorities and community engagement. In that context, this study on the Dutch Cemetery, opens a doorway, but is not complete.

Thakkar’s study is in her own words a partial bridge between the local community and the cemetery, between India and the Netherlands for their heritage, and the past and the future of the cemetery. 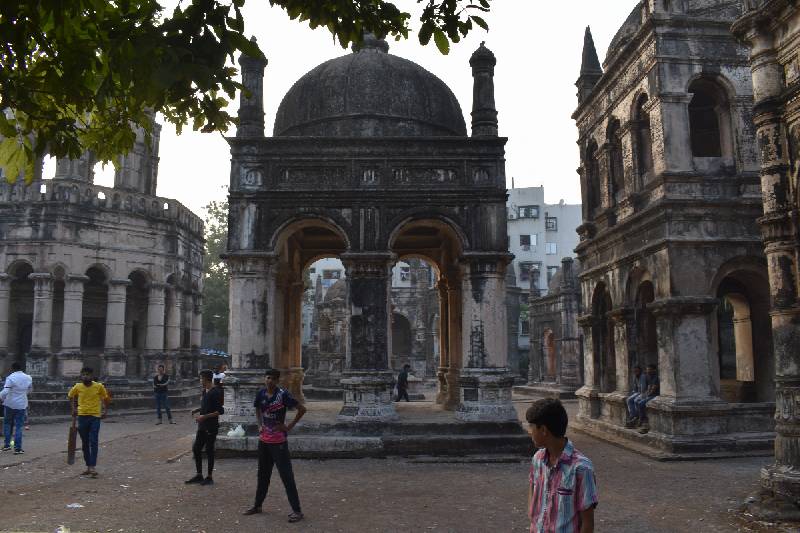 The cemetery as a cricket field.

Although the focus of Bridging the Gap is on the possibilities of the cemetery for local residents in the present day, while preserving its historical significance, Kaanan Thakkar also carefully maps the various funerary monuments. In doing so, following August Kempers in 1938 and Leo Wevers in 1997, she makes an important contribution to the documentation of this unique shared heritage.

(An article about the Dutch Cemetery follows.)