When it comes to the Dutch presence in South America, most people will probably only think of Suriname. However, Dutch influence extended further in the past. For example, there was a brief period in the second quarter of the seventeenth century in which the Republic managed to expel the Portuguese rulers from northeastern Brazil. But until the end of the eighteenth century the colonies of Berbice, Demerara and Essequibo - located next to Suriname - along the coastal strip between the mouth of the Amazon in Brazil and the Orinoco in present-day Venezuela - were also in the hands of the Dutch Republic. At the beginning of the seventeenth century, in the - then - four colonies, there were mainly small, often temporary, trading factories, although Suriname was already somewhat more developed and there was also regular disturbances.

The oldest Dutch settlement in Suriname dates from 1613 on the Corantijn, the river on the current border of Suriname and Guyana. In 1614 the fort was set on fire by Spanish troops and some fifty Dutchmen were burned alive.[1] On the Surrenant, the present day Suriname river, was the Purmerbo trading post, established in 1613 as an Amsterdam trading post, on the spot where Fort Zeelandia would be situated. In 1644 a group of some sixty French settled there and built a small wooden fort. They left again because of malaria and attacks by Natives and in 1650 the place was taken by the Briton William Byam. He named the fort after his client: Willoughby. [2] After the conquest in 1667 by Abraham Crijnssen, this post would grow into the city of Paramaribo. The fort was renamed Fort Zeelandia by Crijnssen, after his own frigate.

Torarica, first capital of the colony

The small colony's capital at that time was Torarica, some 50 km upstream from the fortress. Torarica was a small settlement that arose after the arrival of the English in 1650. There were about a hundred houses and huts scattered around the area.[3] When the English settled in Suriname, the Caribs made an alliance with them and helped in the fight against the Dutch, who kept the Caribs as slaves. It was not until 1684 that peace was established, with certain commitments being made to the Natives. For example, they could no longer be enslaved only as a result of certain crimes, and nothing could be done at the expense of the Natives.[4] However, even more than through war and slavery, many Natives lost their lives because the Europeans introduced diseases to which the Natives had no resistance. 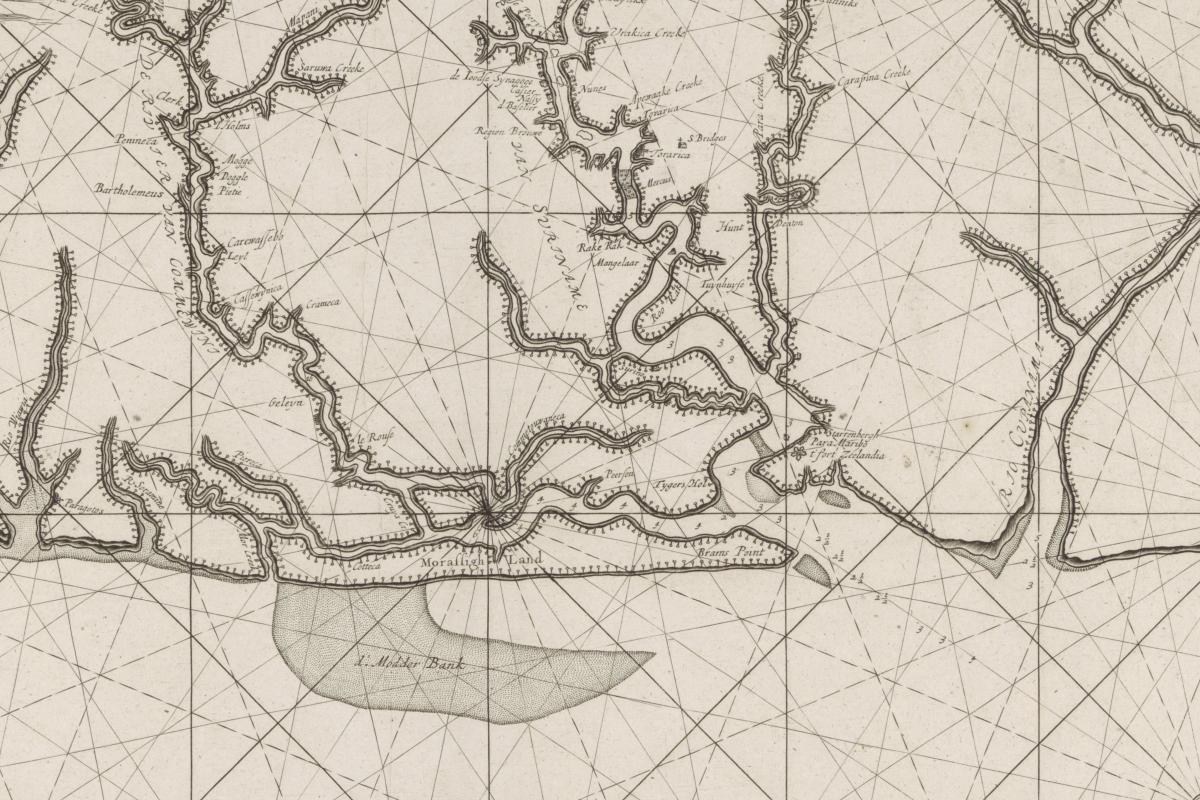 The emergence of cemeteries for settlers and slaves

Research shows that there were at least 29 cemeteries (including churchyards) in Paramaribo between 1667 and 1900. [5] Only a dozen cemeteries, or remains thereof, have been preserved. The other cemeteries have been cleared and in most cases hardly a trace can be found. Sometimes because a new cemetery was created at that location later in time, but because of the expansion of the city, mainly due to buildings. From 1900 there have been at least 24 new cemeteries. Not included in the totals are the individual cemeteries that were built on the yard in earlier times. The grave of Governor's wife Siekea Anne de Haas in the Palm Garden is a well-known example. Also not counted are the slave cemeteries that must have been there. Simply because not enough is known where they must have been and how many there are. This will be discussed later in a separate article. The same applies to the various places of justice that have been on the outskirts of the city. Burial was also carried out in these places, where justice was administered and in particular slaves were hanged or put to death in some other way. Because Paramaribo continued to expand, the place of justice moved with the boundaries of the city. It is not unlikely that traces of the various places of justice can still be found in the form of mortal remains.