Close to Fort Kochi's former bastion Gelderland the Dutch Cemetery is located, a silent testimony to the Dutch presence in this coastal town. In 1663, the Dutch took what was then Fort Manuel, built by the Portuguese. The original fort was considerably reduced in size by the Dutch for cost reasons and they also made the necessary adjustments within the fort. St. Francis Church was used by the Dutch for Protestant worship, while other Portuguese churches were demolished. The Santa Cruz Cathedral was even converted into a warehouse. 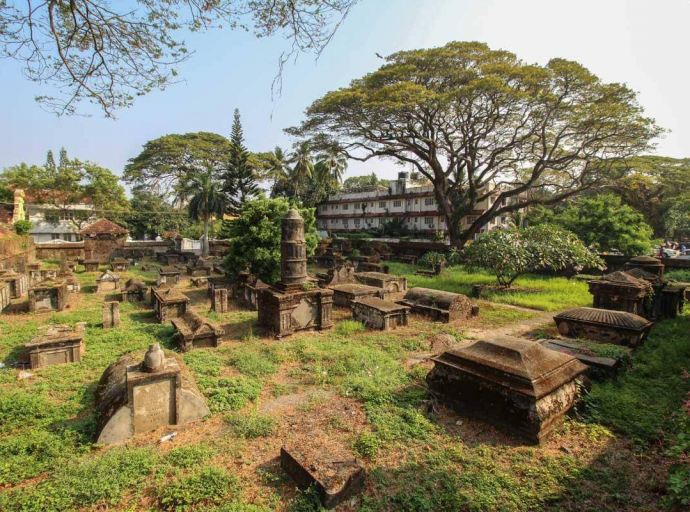 According to oral tradition, it was the apostle Thomas who introduced Christianity to India in AD 52.[1] Today, the Mar Thoma Christians, the Christians of Saint Thomas (also called Thomas Christians), still live along the coast of Malabar. They belong to the churches of the Assyrian tradition, of which Saint Thomas is said to have been the founder in India.[2] These Assyrian Christians speak Syriac, a dialect of Aramaic, the language that Jesus spoke. Their churches are simple, with hardly any furniture and where the community sits on floor mats, like in Hindu temples.

IIndia was not an unknown country for the people of the Levant. According to legend, the first Jews settled in the kingdom of Cochin during the time of Israel's King Solomon, but a much larger group of Jews did not come to India until after the destruction of the Temple in Jerusalem in AD 70. They settled in Cranganore.[3] 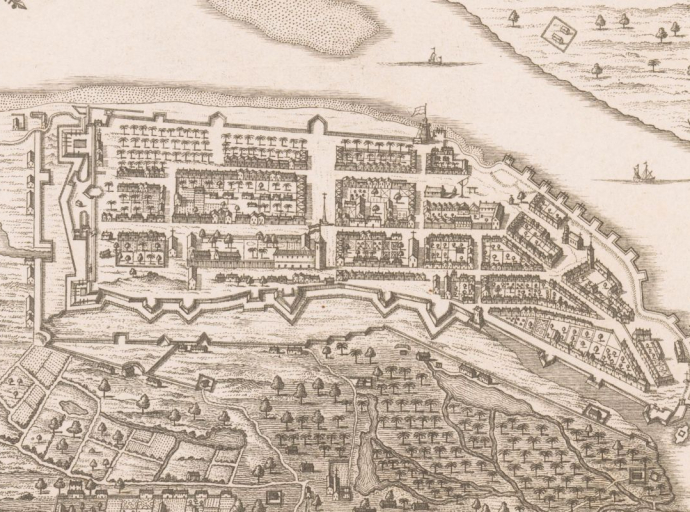 Saltpetre, an important raw material for gunpowder, was extracted nearby the cities of Patna and Chhapra. Opium was also traded. The VOC establishment in Chhapra was established around 1650, not long after the establishment in Patna. The Chhapra branch soon became more important and eventually housed all the Dutch staff. In addition to a living area, the lodge of the VOC consisted of a saltpetre factory and a garden. 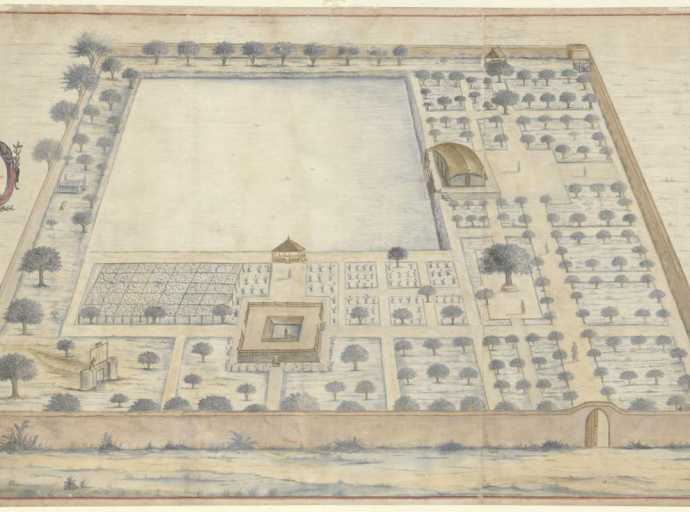 Chetwai - Search for a single slab

In 1714, with the help of local rulers and permission from the kingdom of Kochi, the VOC had a fort built at Chetwai.[1] 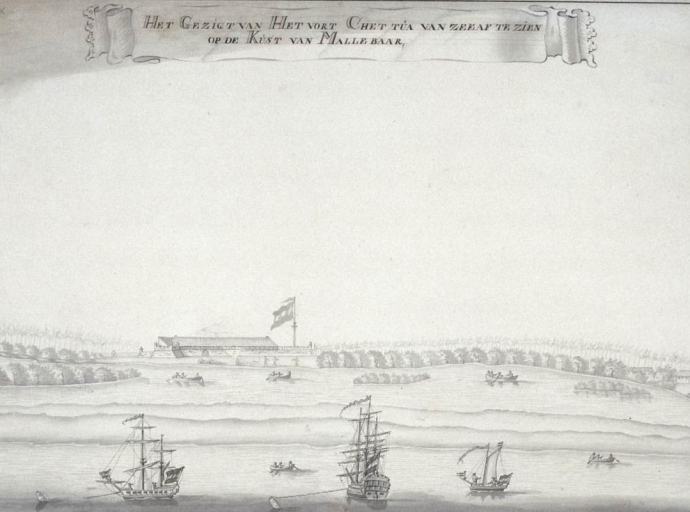 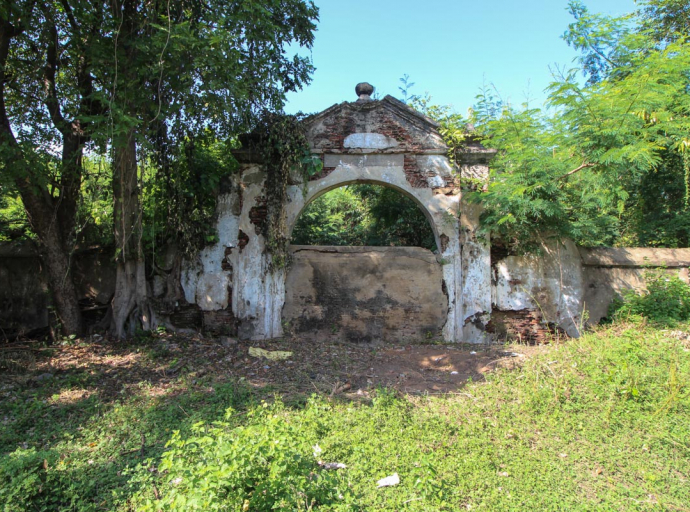 Chhapra - Remains of the Cemetery

Around 1670 the VOC factory in Patna was run by a Banya, a local merchant. The factory in Chhapra became more important and it was home to many Dutch personnel. Initially burials were done in the garden (SC-IND-004), but presumably because of the high mortality, a Dutch cemetery was built just outside Chhapra near Karinga. 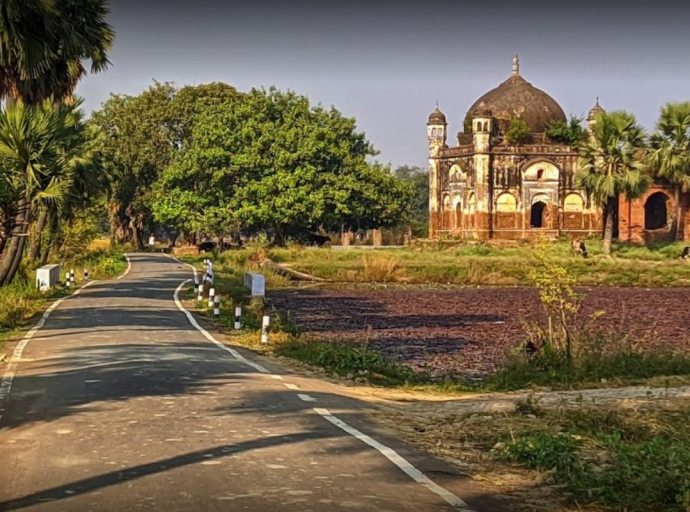 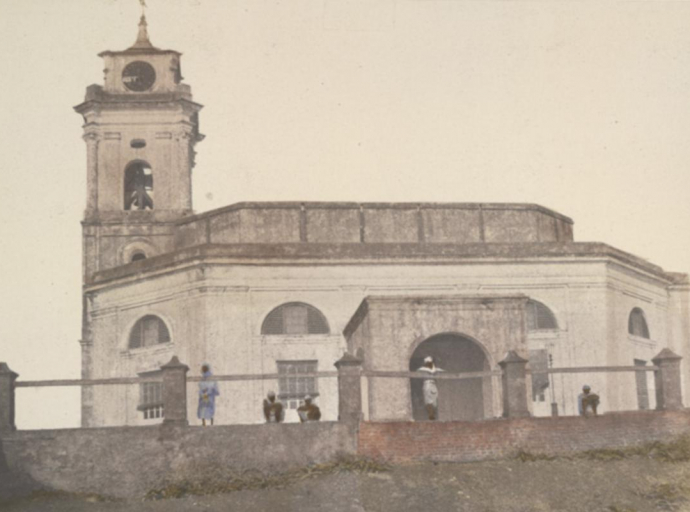 In 1658 the VOC captured the Portuguese fort at Nagapattinam. In addition to textiles, the VOC traded in Nagapattinam also in elephants, which were caught in Ceylon and sold here to Indian rulers. However, the fort was large and therefore too expensive to maintain. After it was decided in 1687 to move the Coromandel headquarters from Pulicat to Nagapattinam, construction began on a new and smaller fortress, the "Vijf Sinnen". Remnants of the houses and walls that had been destroyed in a great tidal wave in 1680 were used for the construction. In 1781 Nagapattinam was captured by the British and the Dutch trade went back to Pulicat. Nagapattinam would then remain in British possession. 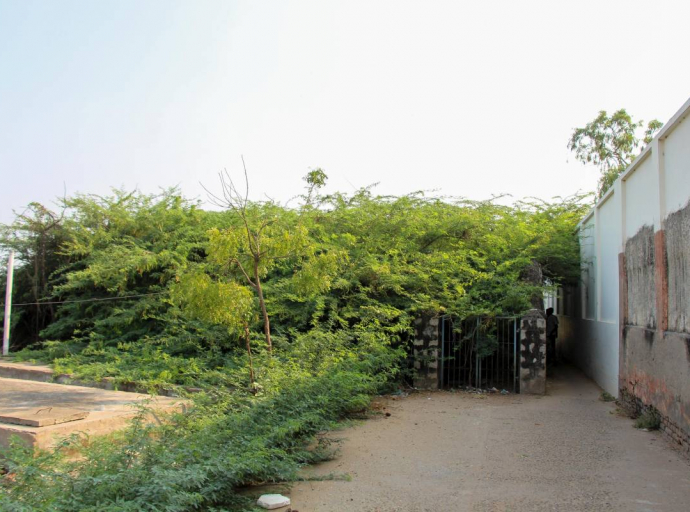 J.J. Cotton mentions in his List of inscriptions on tombs or monuments in Madras Volume I (Revised edition 1945, p. 185) a hefty granite slab (9 feet by 3 ½) located at the entrance of St. Mary's Church in Cape Comorin and originating from an adjacent cemetery. A Dutch factory would previously have been located on the site. 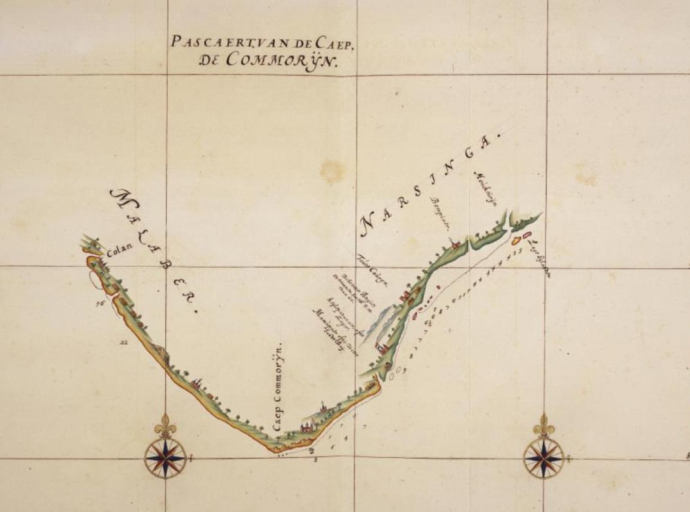 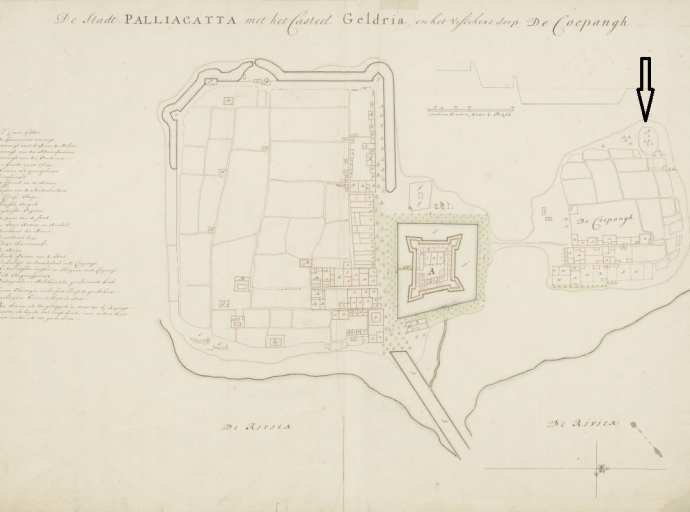 Agra - Remains of the Dutch Garden

In 1621 the VOC established a factory in Agra. The first head of the local VOC lodge was Wouter Heuten, who died in 1623 and was probably buried in the garden. Even though the Dutch were not on good terms with the English, they did offer them the opportunity to bury their dead in the garden of the Dutch lodge. The English had a factory in Agra, but no garden. It is believed that in the mid-nineteenth century, well after the departure of the Dutch from Agra in 1720, the St. Pauls Church was built on the site of the Dutch garden. In addition, a Protestant cemetery was created. 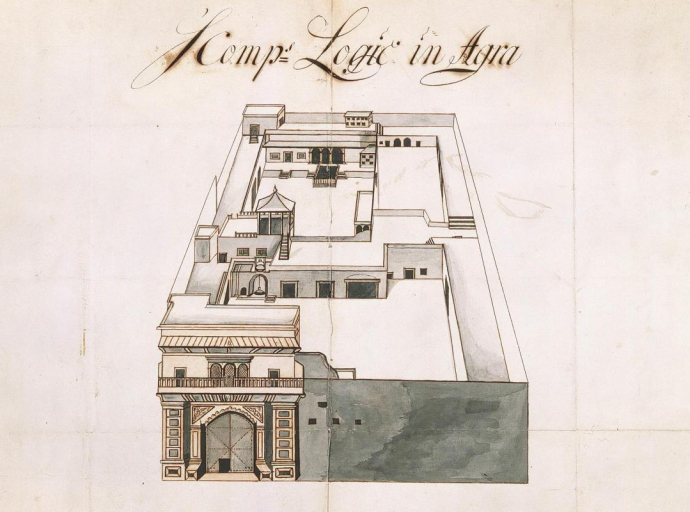