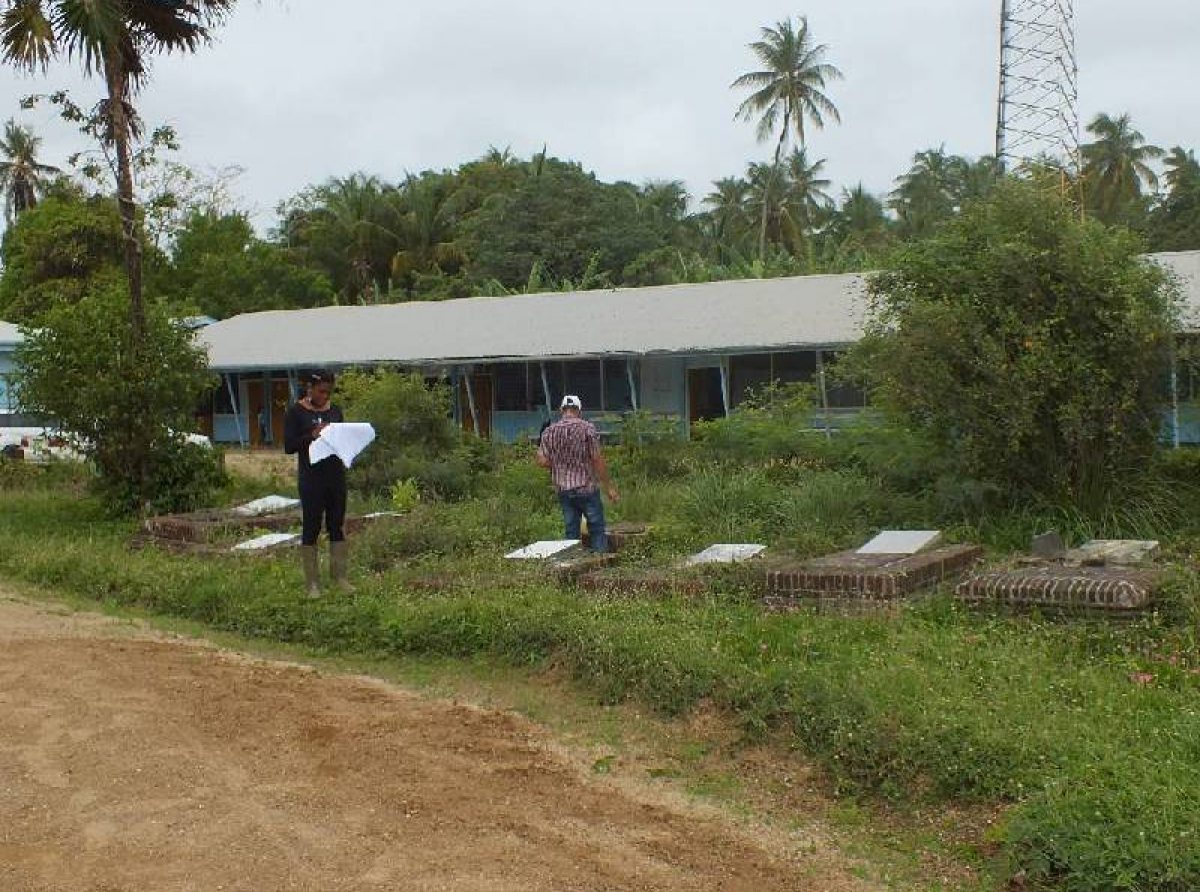 The historic graves at the front of the Salem Church at Clyde Plantation in Coronie were partially documented for the first time, in 2003, by Philip Dikland. Of the 18 graves, 8 had been mapped. Two large brick tombs have no headstone, so it is unknown who is buried there. In 2014, Dikland documented another seven graves together with Max van de Poel.

The documentation of the tombstones is recorded in the online publication Historic Graves in the Districts and Scattered Graves in Paramaribo by Philip Dikland (2006, updated Sept. 2015) [click here, opens in new window]. Recorded were: the name of the deceased, the epitaph, the age, the location of the grave, details and particulars. The oldest legible grave monument is for Pauline Haase, born in Berlin, Germany, who died in June 1851. It is a small and simple stone slab within a brick rim. 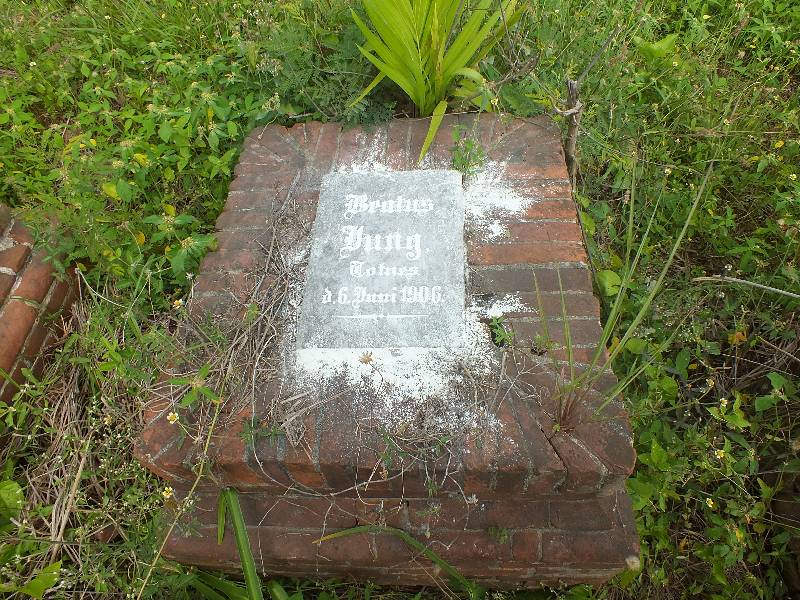 The inventory by the Built Heritage Suriname Foundation (SGES) on May 19, 2022 has gone a step further by collecting the following data: name of the deceased, epitaph, grave symbolism, engraving technique epitaph, number of graves, condition of grave/tombstone, orientation of the grave, details/particulars, UTM coordinates of the cemetery, and the size of the cemetery. The SGES team consisted of Rachel Deekman, Jennifer Scheuerman and Stephen Fokké.

Upon arrival at Salem Church, the small missionary cemetery was found to be overgrown. The drone could also not be used due to the presence of a telecommunications mast at the adjacent EBGS school and the set "no-fly zone" around the mast. The no-fly zone is a security mechanism that prevents drones from taking off near telecommunications masts and airports.

According to brother Rigters, manager of the Salemkerk, there is a second cemetery behind the Salemkerk that was intended for members of the congregation. However, the cemetery has completely grown over and is no longer in use as the grounds at the back are swampy. The entrance was next to the dilapidated parish house. Because the cemetery for congregation members of the Salem Church has fallen into disuse, according to Brother Rigters, the burial is in the EBGS cemetery Rosalina's Rust on the neighboring plantation Novar, about 240 meters away to the east of the Salem Church.