Search for a single slab 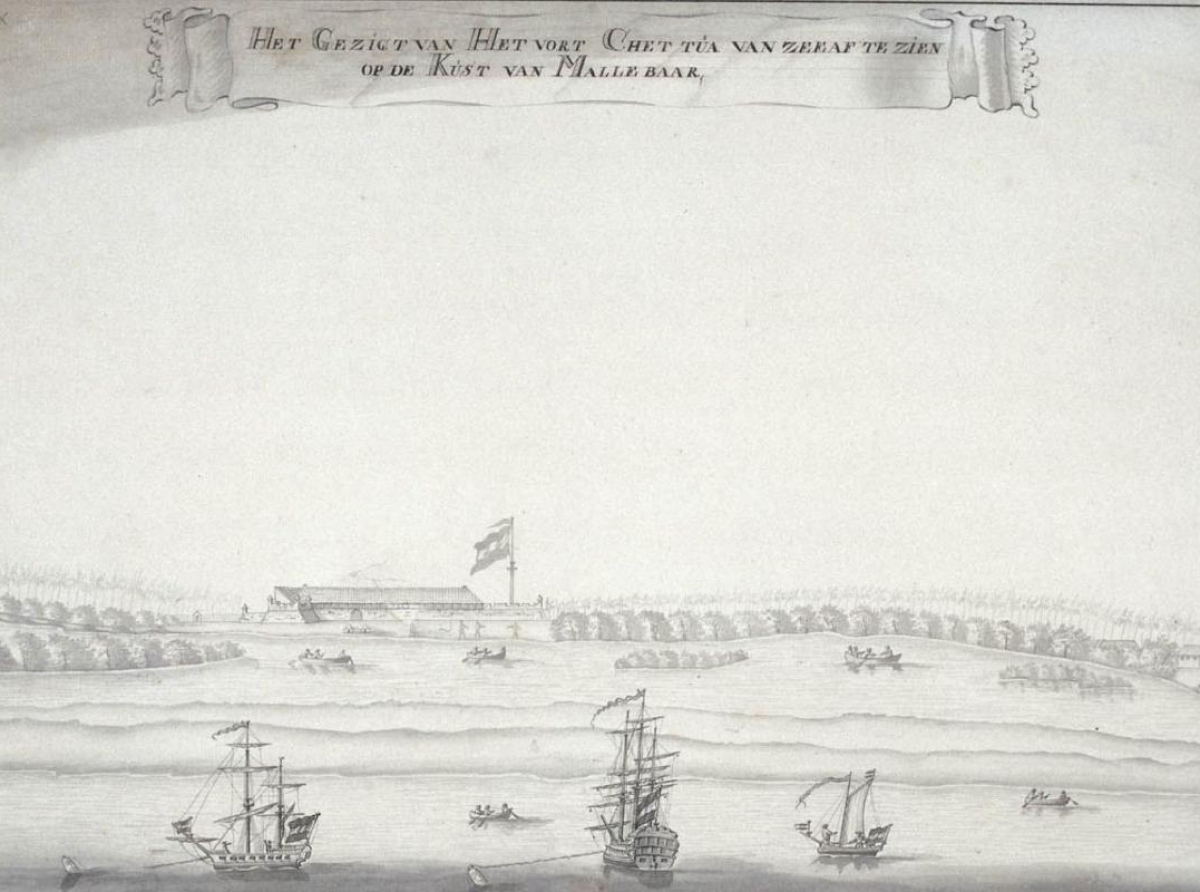 In 1714, with the help of local rulers and permission from the kingdom of Kochi, the VOC had a fort built at Chetwai

.[1] Several local monarchs cooperated because the fortress would protect them from the Samorin of Calicut. During construction, the unfinished fort was overrun and at the first attempt to reclaim the fort, 32 were killed and 58 injured. The debacle resulted in damage of f. 85,000, half the construction costs, as well as 55 cannons and 14 mortars.[2] Vendrig Jan Hoeck who was held responsible for the seizure was put to death with the bullet.[3] The fort was finally recaptured in 1717. The Frisian minister Jacobus Canter Visscher described the events in one of his letters.[4]

The fort was located at a strategic point and was important for Dutch trade. In 1720 several warehouses were built for the storage of pepper.[5] In 1778 Hyder Ali's troops took the fort. The Dutch were thus permanently expelled from Chetwai. Today the fort is in a dilapidated state.

J.J. Cotton mentions a tombstone in the Deputy Tahsildar site in List of inscriptions on tombs or monuments in Madras Volume II (Revised edition 1946). It had been moved there after local Muslims took the fort's tombstone to their mosque. It is not known when this took place, and it is also unknown whether the tombstone is still on the site.

It concerns the tombstone for Wilhem Blasser: "In memory of the H. Wilhem Blasser during his life Cappetyn Luytenant and first commander of the fortresse Wilhelmus in Chettua died on 2 February 1729."