Traces of a Dutch presence can be found all over the world from the past few hundred years. From Spitsbergen to Brazil and from North America to India, remains of Dutch trade can be found everywhere and cemeteries have been laid out in many places. One of the areas was the territory of New Netherland in the present-day United States (US). At about the same time, the English settled in what they called New England and started a colony there that would eventually outflank the Dutch. 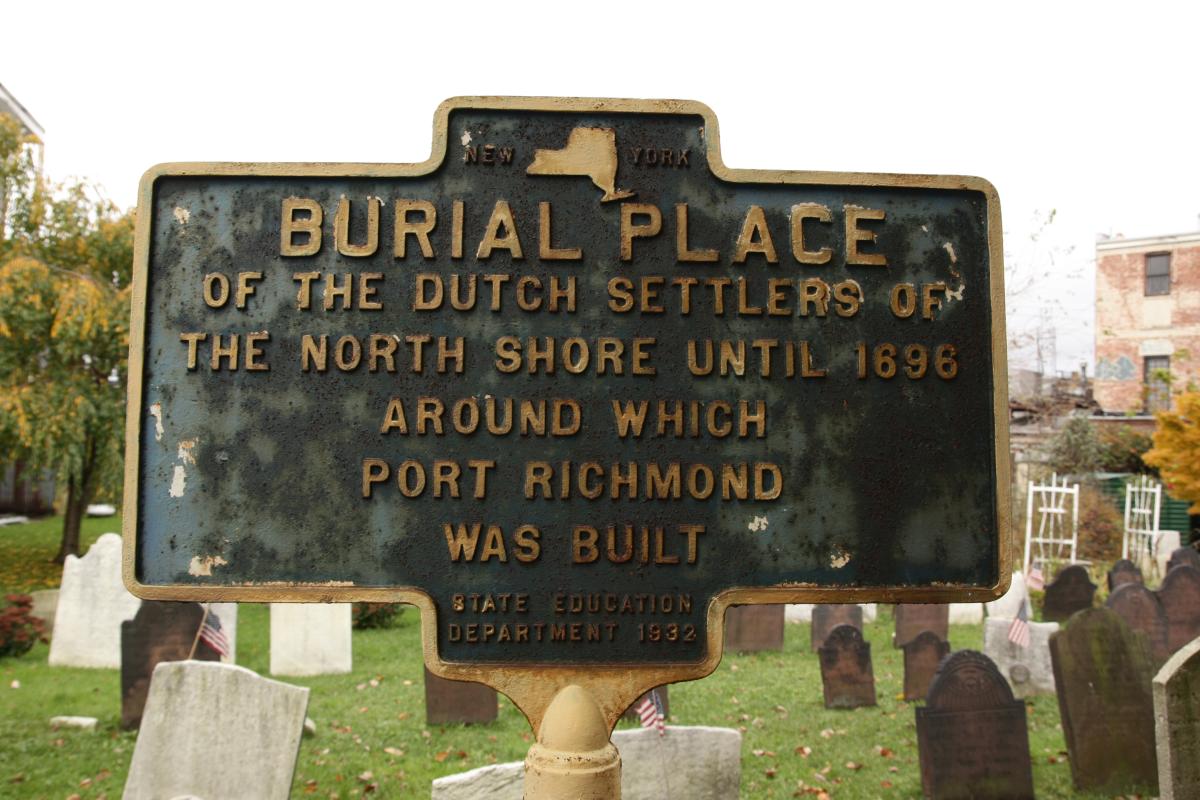 Outside the ever-growing city of New York, many more cemeteries were established in the course of the eighteenth century. Many of those cemeteries were built on the outskirts of the city, but they often quickly overtook such a place. The Dutch church grew rapidly in New York and soon needed more churches.

In the cemeteries described so far, the oldest headstones are all hewn from a brown sandstone that comes mainly from local quarries in Newark, New Jersey. This is in contrast to the use of slate in New England. Few slate funerary monuments are found in the Hudson Valley. The oldest sandstone examples here date from the early eighteenth century.

The colonial era burial grounds and gravemarkers of the upper mid-Atlantic states (Map 1) have been the focus of little research to date. That which has been conducted primarily concerns the New York / New Jersey gravestone carving tradition, originally established in the British communities circa 1720, and its skillfully crafted sandstone markers. Although slate gravestones were imported from New England prior to this time, the vast majority of the earliest markers were simple, unadorned fieldstones. This study examines the fieldstone traditions of colonial New York, New Jersey, and Delaware; more specifically, those markers erected by and for the descendants of the New Netherland colonists. 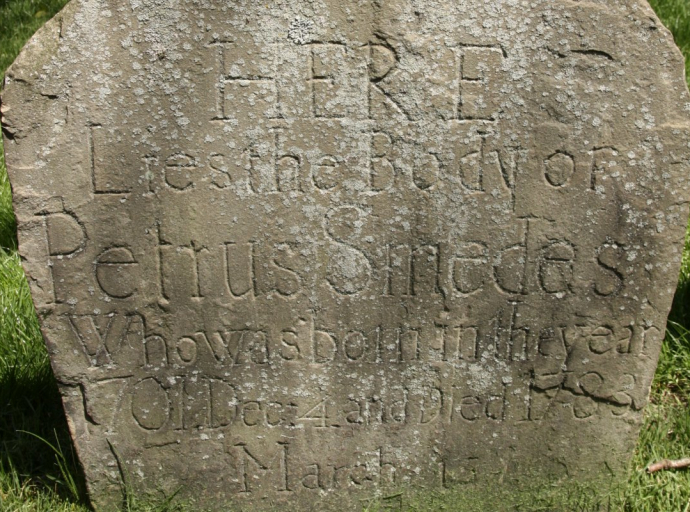