In 2014, the site of the old cemetery had been cleared of most of the vegetation in connection with a school project by the Prime College of Architecture & Planning in Kilvelur. By May 2017 the cemetery was completely overgrown again which limited access to the cemetery. Only the great tomb of Antonia of Steelant could be reached with some difficulty. Most of the other monuments were hardly visible because of the vegetation. The cemetery is owned by the CSI St-Peters Church in Nagapattinam. The church itself was built by the Dutch in 1774. There are no Dutch grave monuments in the church, but there are three extraordinary funerary hatchments. 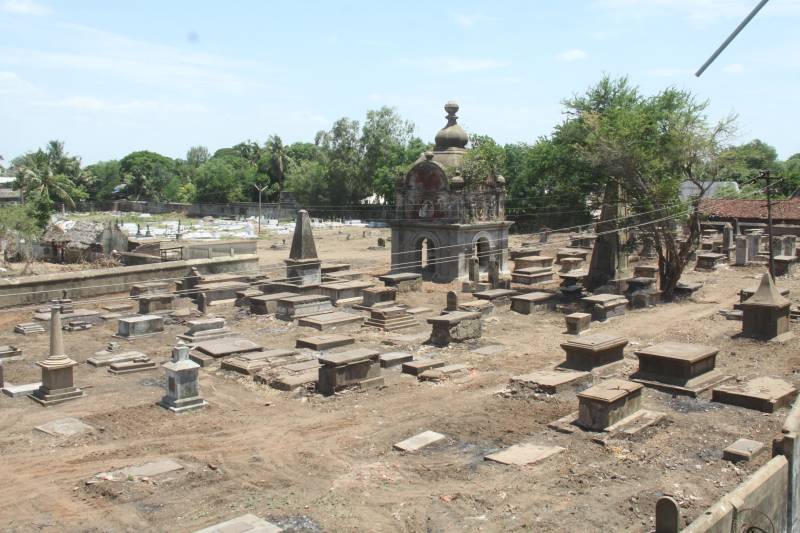 A key element in the contemporary experience of the cemetery is Van Steelant's dome and especially the medallion on all four sides of the outside of the dome as well as on the slab covering the tomb. The medallion is not an official heraldic coat of arms, but shows an eighteenth century interpretation of an ancient Greek legend about Aphrodite or its Roman equivalent, Venus, rising from the sea and blown forward by the wind, symbolizing a prosperous life. In St-Peters church there is a funerary hatchment for Antonia van Steelant with the same figuration. 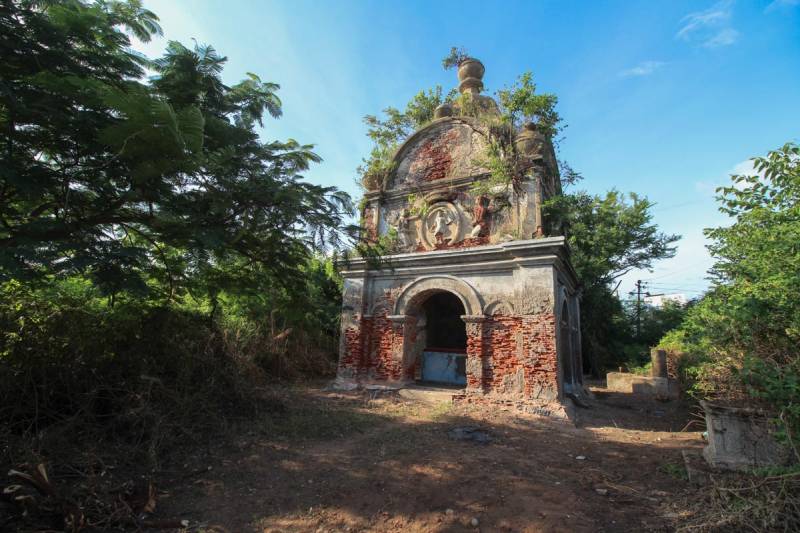 In 2020 Van Steelant's tomb and the memorial needle for Adriana Mossel-Appels were restored on the initiative of Hans Schiebroek († 2018) with funding from the Prince Bernard Cultuurfonds. The work was carried out by restoration architect Sakthi Murugan under the supervision of Dr. Suresh of INTACH with accompanying advice from the Dutch Dodenakkers.nl Foundation and the Cultural Heritage Agency of the Netherlands. The restoration was completed in the spring of 2021. A report of the restoration follows. 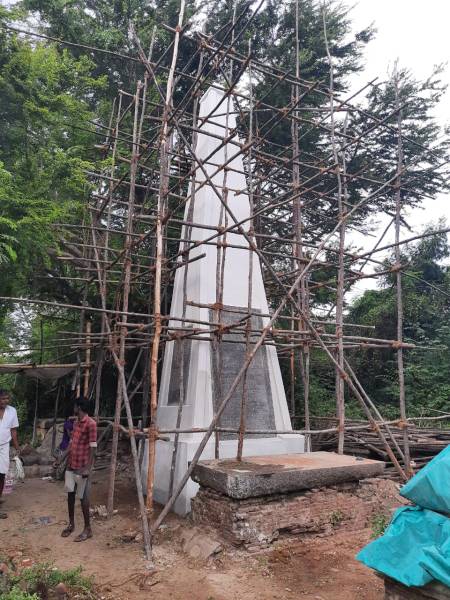 The tomb for Van Steelant has now taken on a new meaning. Locals say this is the tomb of a queen, a "Rani", probably due to the crown above the medallion and the appearance of the large dome itself. A second story is about Van Steelant's death as a result of childbirth. This led to the local legend that when someone puts their ear on the tombstone at night, one can hear the stillborn's cradle move. These stories tell us that the cemetery and in particular Van Steelant's tomb have acquired a contemporary meaning of its own for the local population.

But there are also some changes to be found on the monument. Some of Aphrodite's faces on the dome have been changed or restored to a slightly more Indian look. In addition, the edge of the tombstone is painted red. There are also some symbols, such as a cross and flowers, painted on the base of the tomb. It indicates that the tomb is used for modern-day worship.