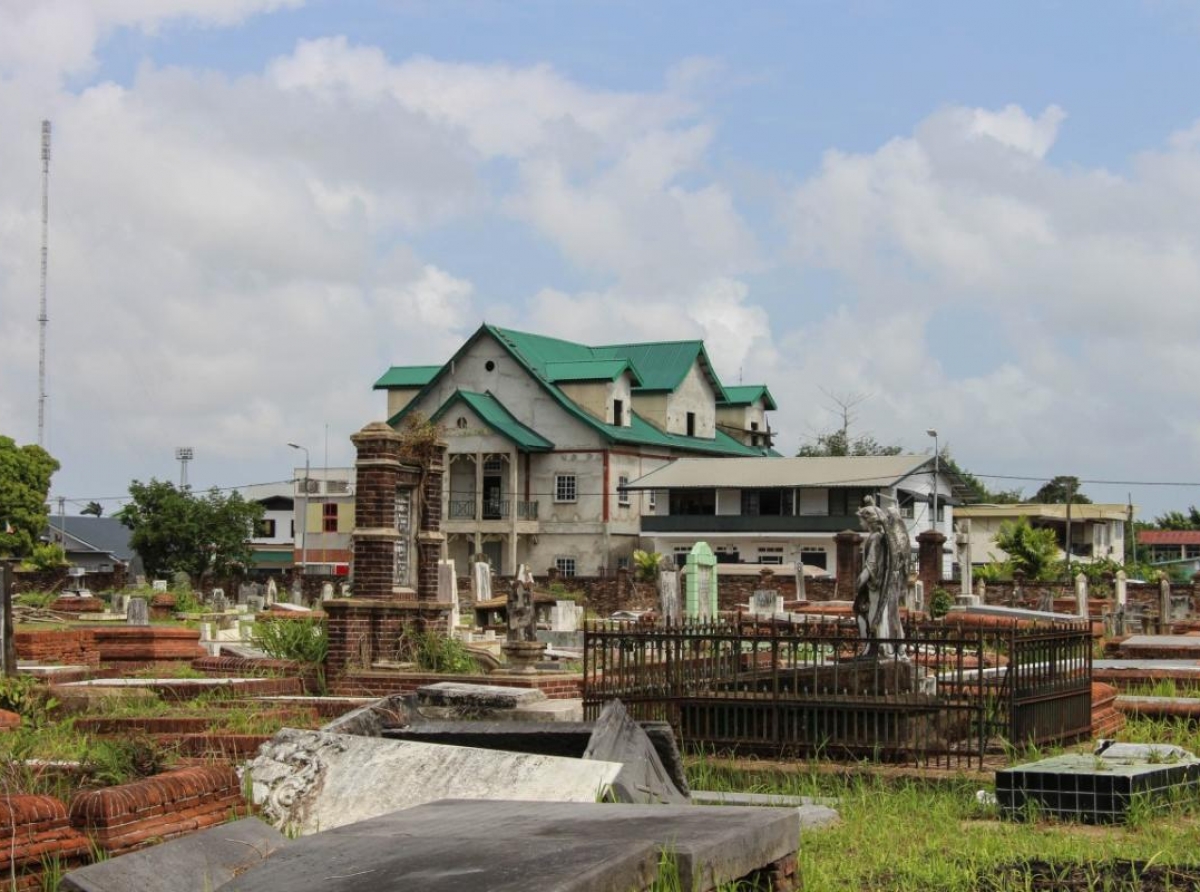 We look forward to discuss this topic with our four speakers: René  ten Dam, Leon Bok, Johan Roozer and Nanette de Jong on 9 December 2020.
Please find the program below.

You can register by sending an e-mail to . After this you will receive additional information on how to participate in the Livecast (via Zoom). Please note that the event will be recorded.

Dutch Funery Heritage in a Nutshell by René ten Dam

From the seventeenth century, the Dutch have left their traces all over the world. Small and large communities arose where trade was conducted. And people died. Dutch burial culture abroad developed very differently from the Netherlands itself. And each location seems to have a different story. Dutch funerary heritage in a nutshell.

The Case of ‘Nieuwe Oranje Tuin, Surinam by Johan Roozer

The New Orange Garden in Paramaribo dates from the mid-eighteenth century and was used until the mid-twentieth century. The cemetery not only has many special grave monuments, but also shows the development of the country of Suriname on the basis of the dead. It’s not just the heritage of the Dutch, it’s the heritage of Suriname. However, a great effort is required to preserve this heritage. Elsewhere in Suriname are also important cemeteries and graves that should be preserved. What are the opportunities and what are the challenges to achieve this?

The restoration of the tomb and obelisk, Karikop Dutch cemetery, Nagapattinam

In Nagapattinam, India, local restoration architect Mr Sakthi Murugan Rajendran, under the supervision of INTACH, carried out the restoration of the tomb of Anthonia Steelant-Nilo and the obelisk for Adriana Mossel-Appels at Karikop Dutch cemetery. The project was financed by the Prins Bernard Cultuurfonds. An image report on the restoration and its conservation  issues.

Leon Bok (1965) has 25 years of experience in the topic of funerary history and heritage. He visited almost all the cemeteries in the Netherlands and hundreds of shared cemeteries in other countries. From this he derived a good view on the funerary landscape that the Dutch left all around the world. Bok has its own consultancy on funerary heritage and also works as a specialist on that topic for the Cultural Heritage Agency of the Netherlands. He is also an author on many articles and books on the subject and published regularly on the website Dodenakker.nl.

Johan Roozer is a policy advisor at the Ministry of Education and Culture of Suriname. Together with Stephen Fokke of the Suriname Built Heritage Foundation, he is committed to preserving the funerary heritage in Suriname.

Nanette de Jong was trained as a conservation architect at the Technical University of Delft and has always worked in the field of architectural conservation. Since 2009 she works at the Netherlands Cultural Heritage Agency (RCE). Her work field is mainly sustainable RE-use of old buildings. As part of the team of the Shared Cultural Heritage Program of the RCE she is involved in projects about shared Dutch heritage in Surinam and India. Since 2019 she is the liaison for built heritage between the Dutch government and the six Caribbean islands of the Kingdom.